The following pieces are mixed media artworks: assemblages made from a variety of found objects. Therefore they have a certain depth. Some of them have been assembled on a transparent, others on a wooden substrate. 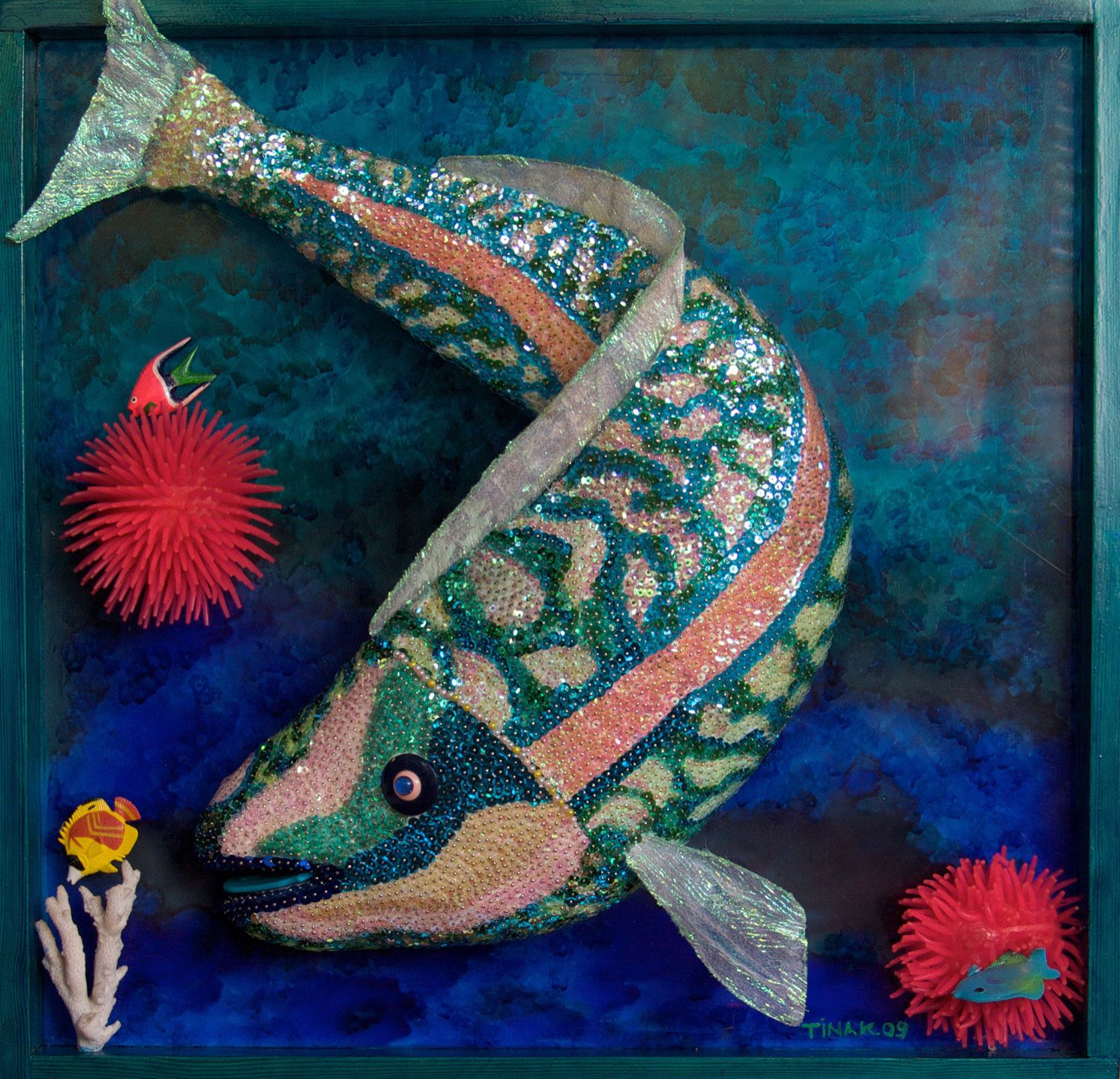 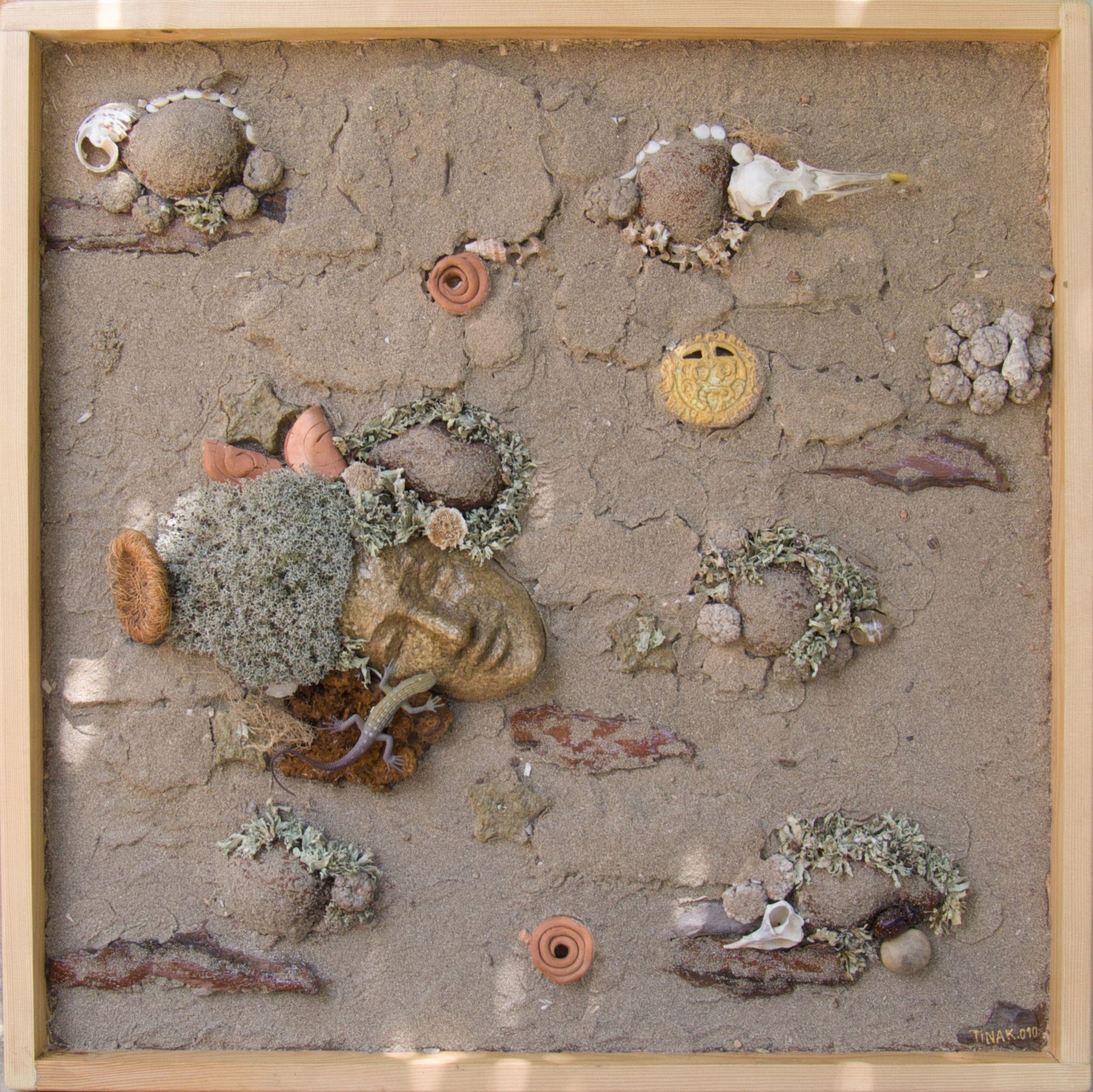 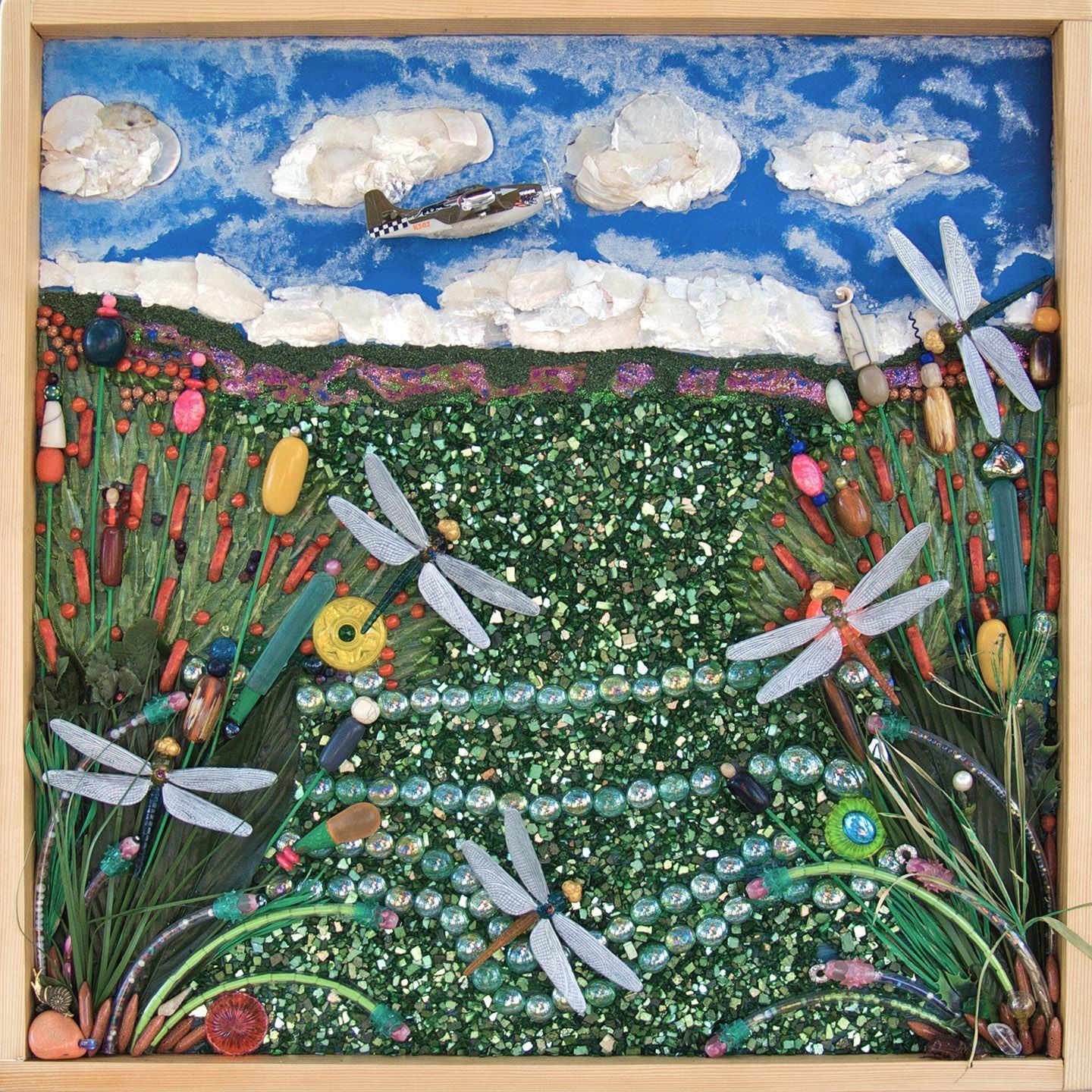 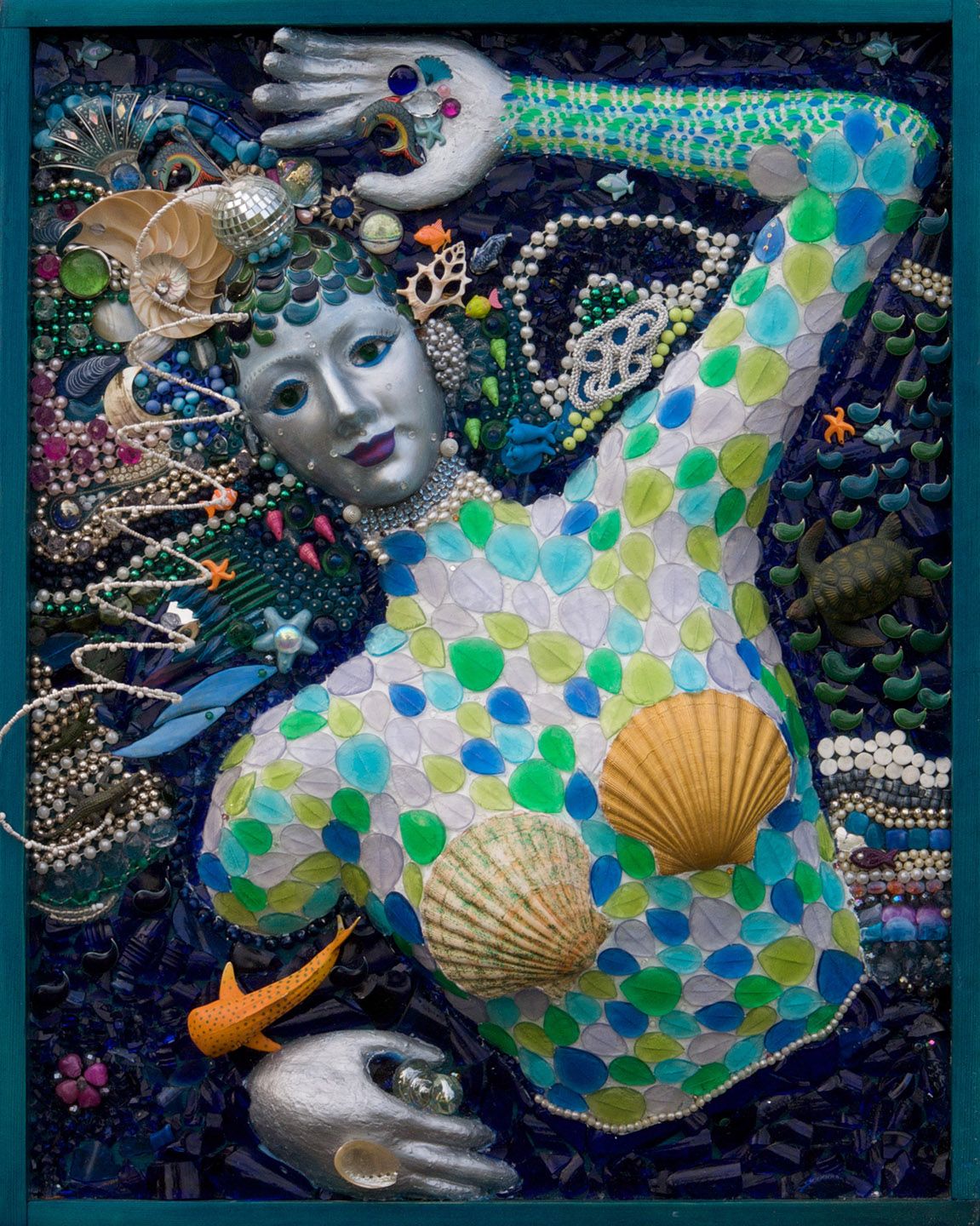 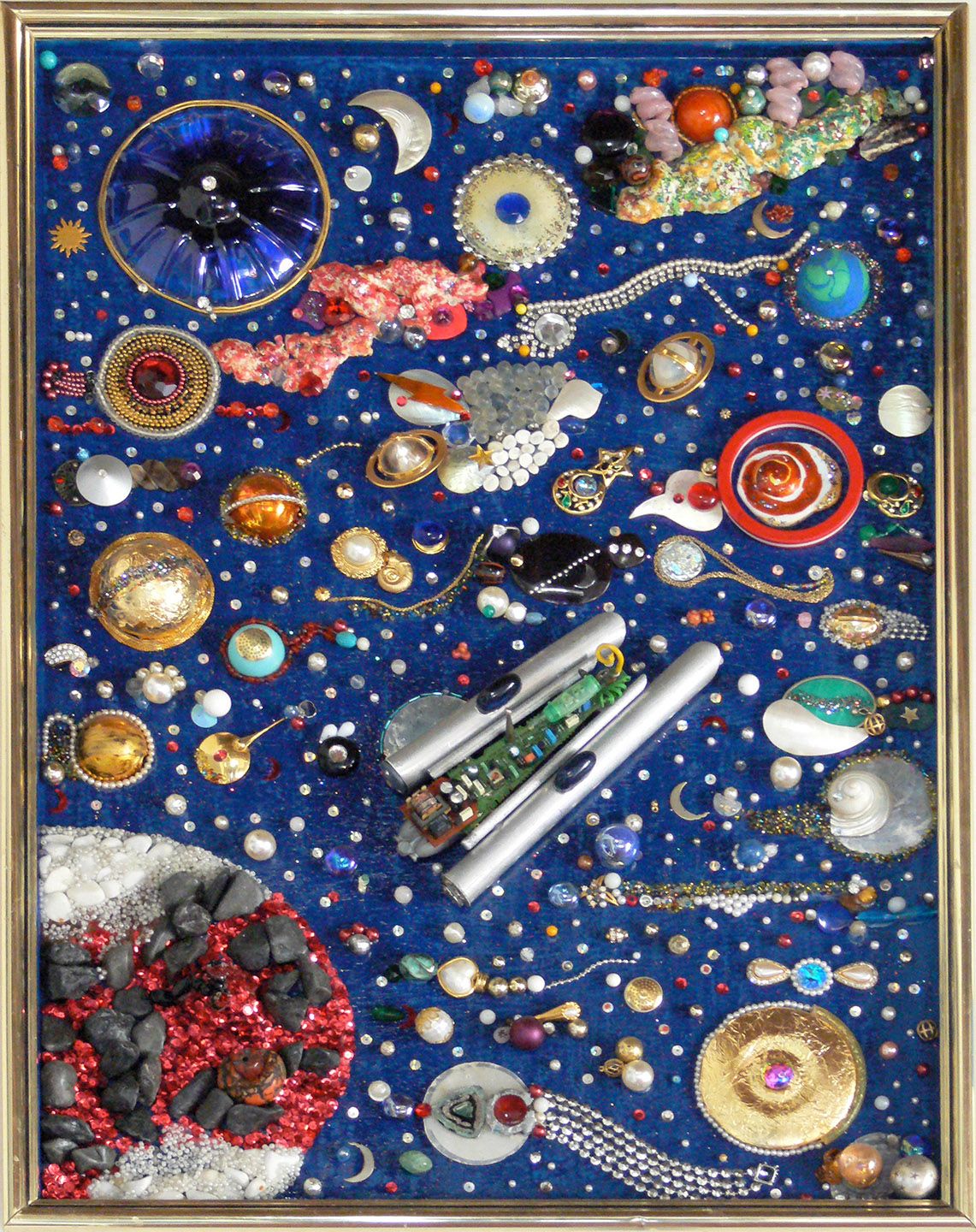 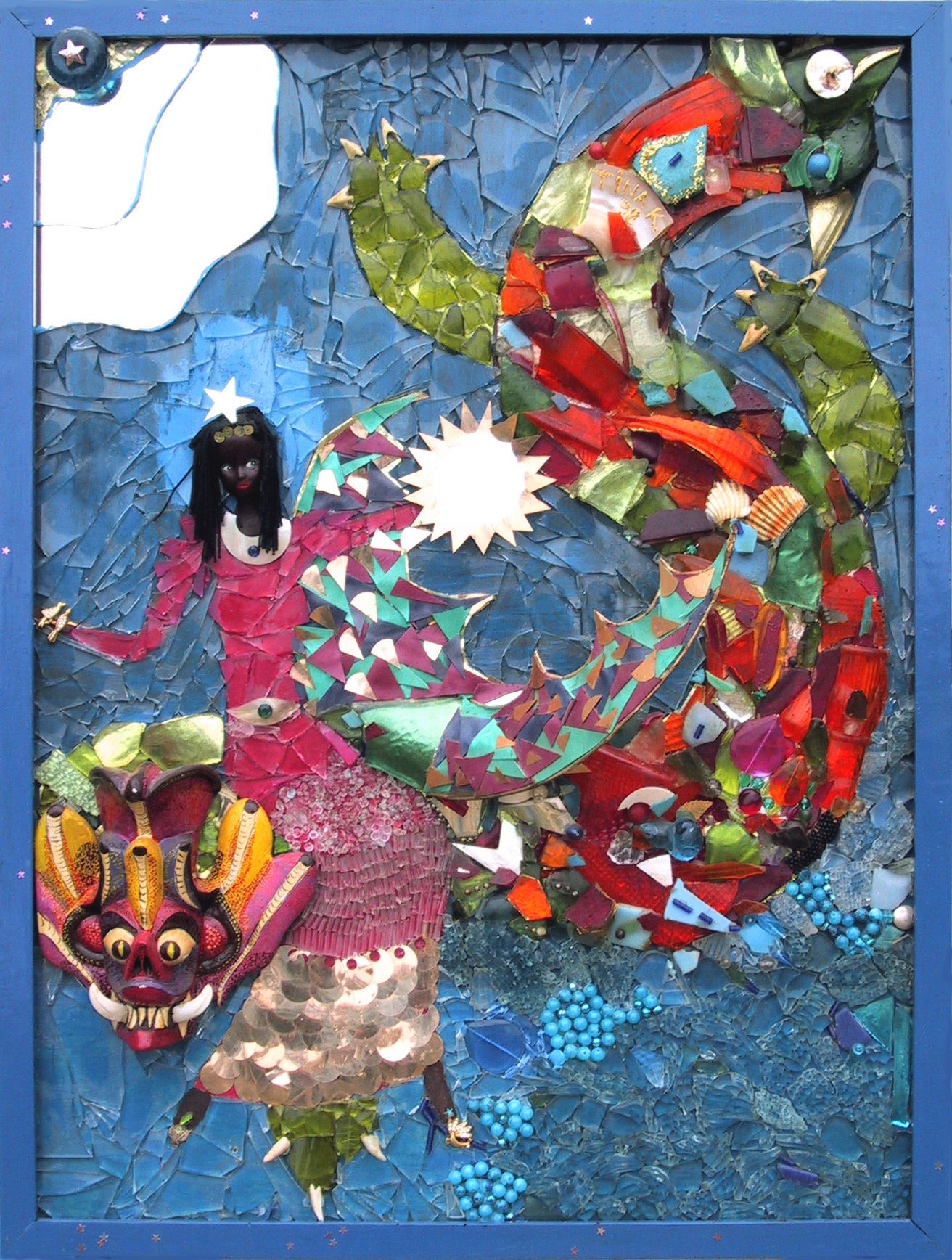 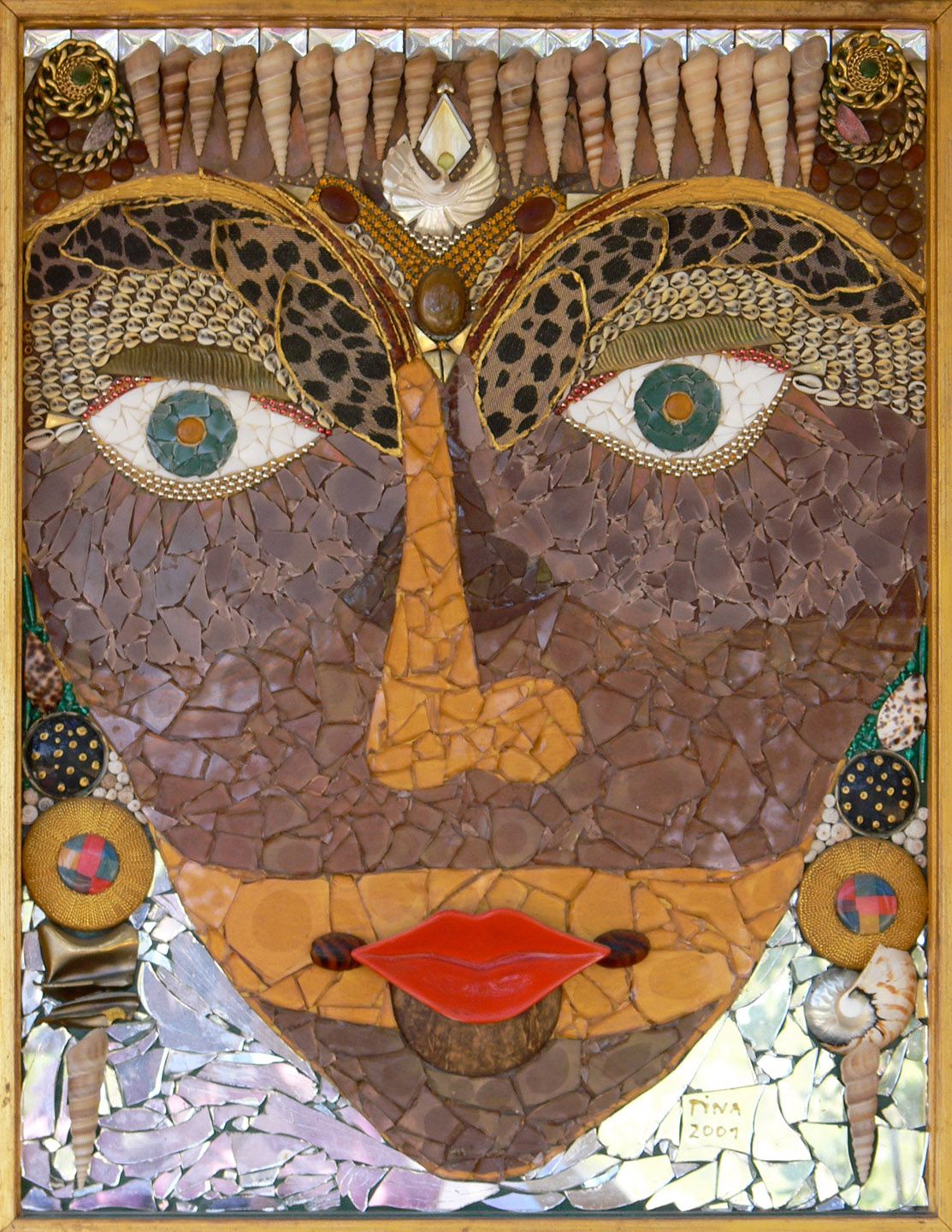 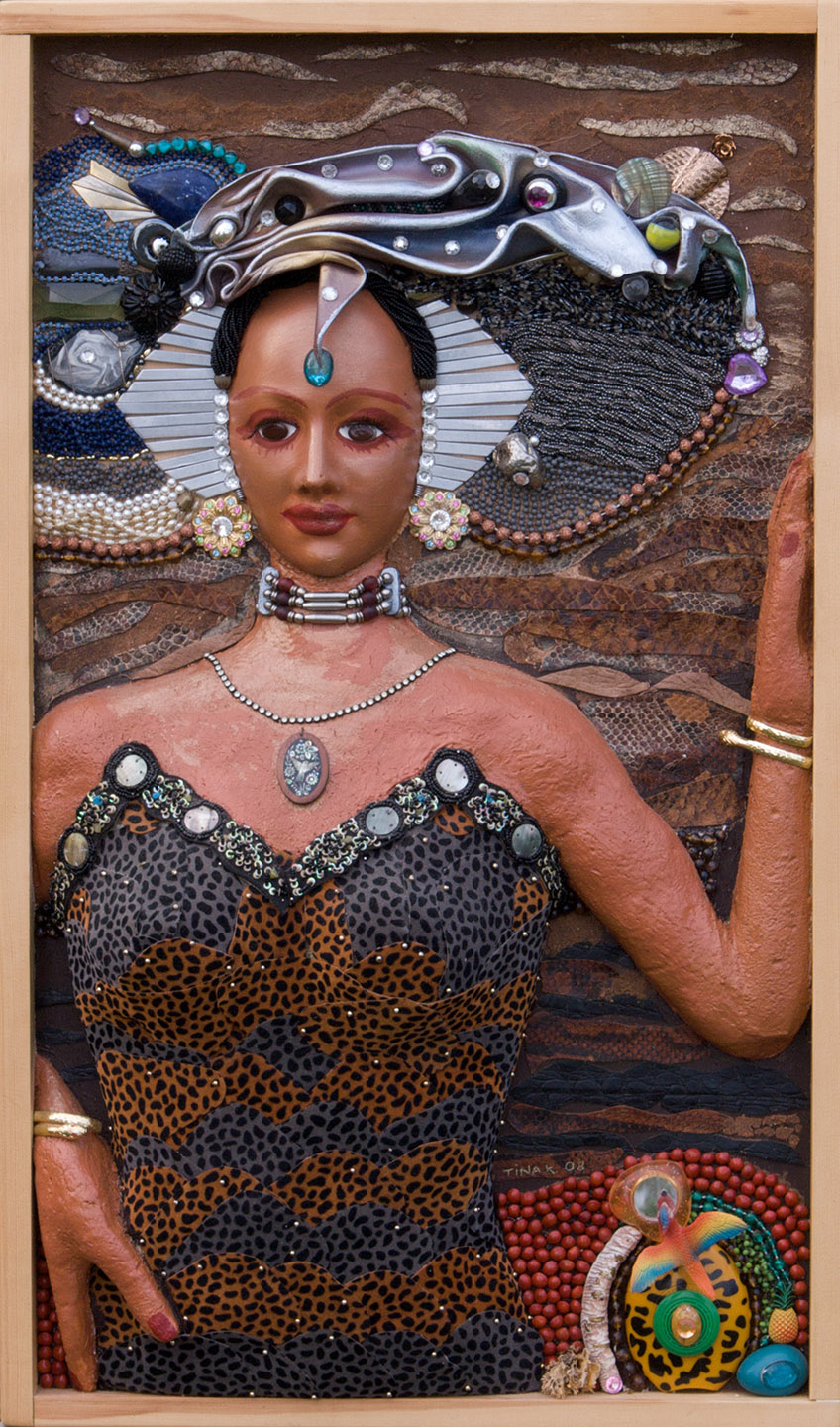 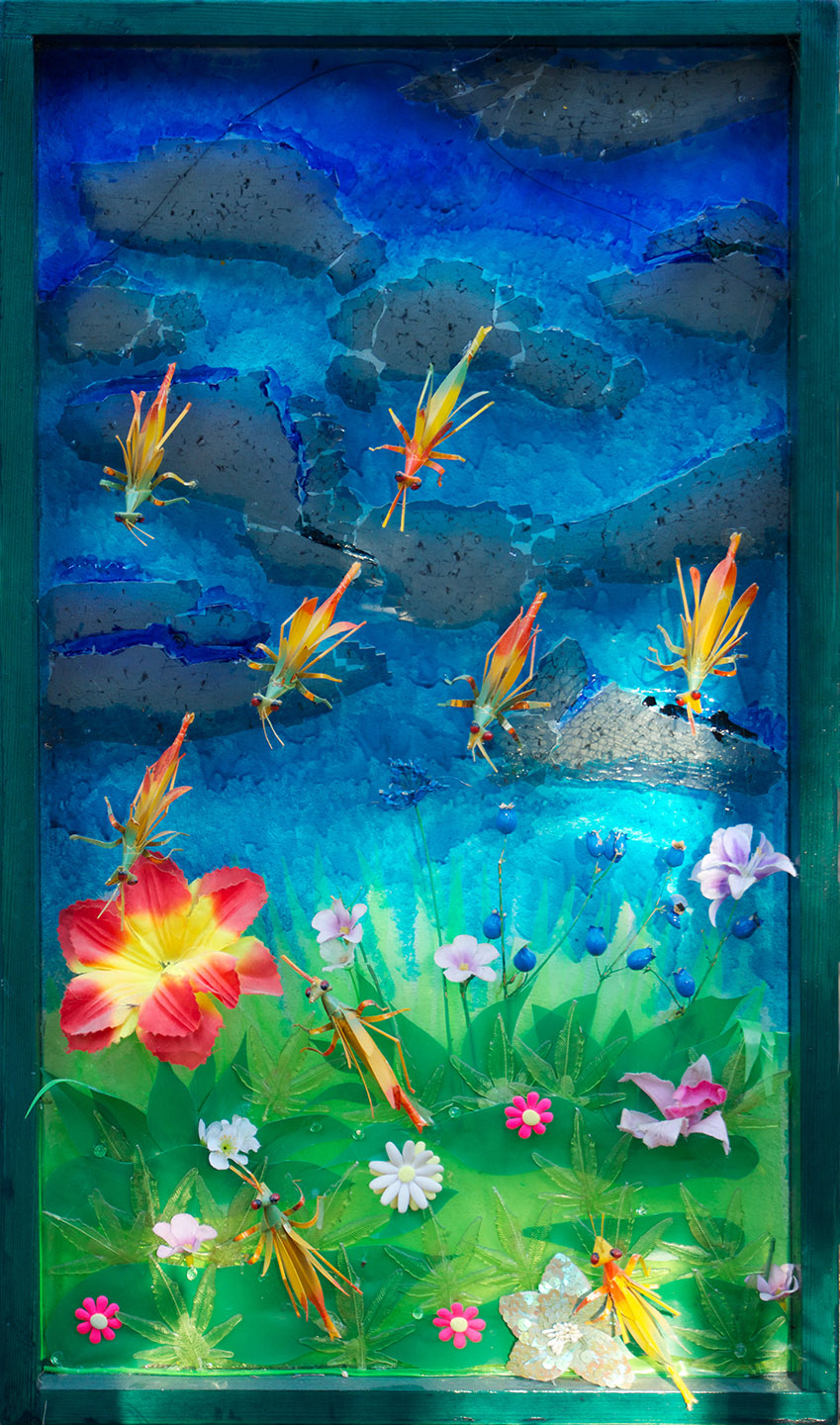 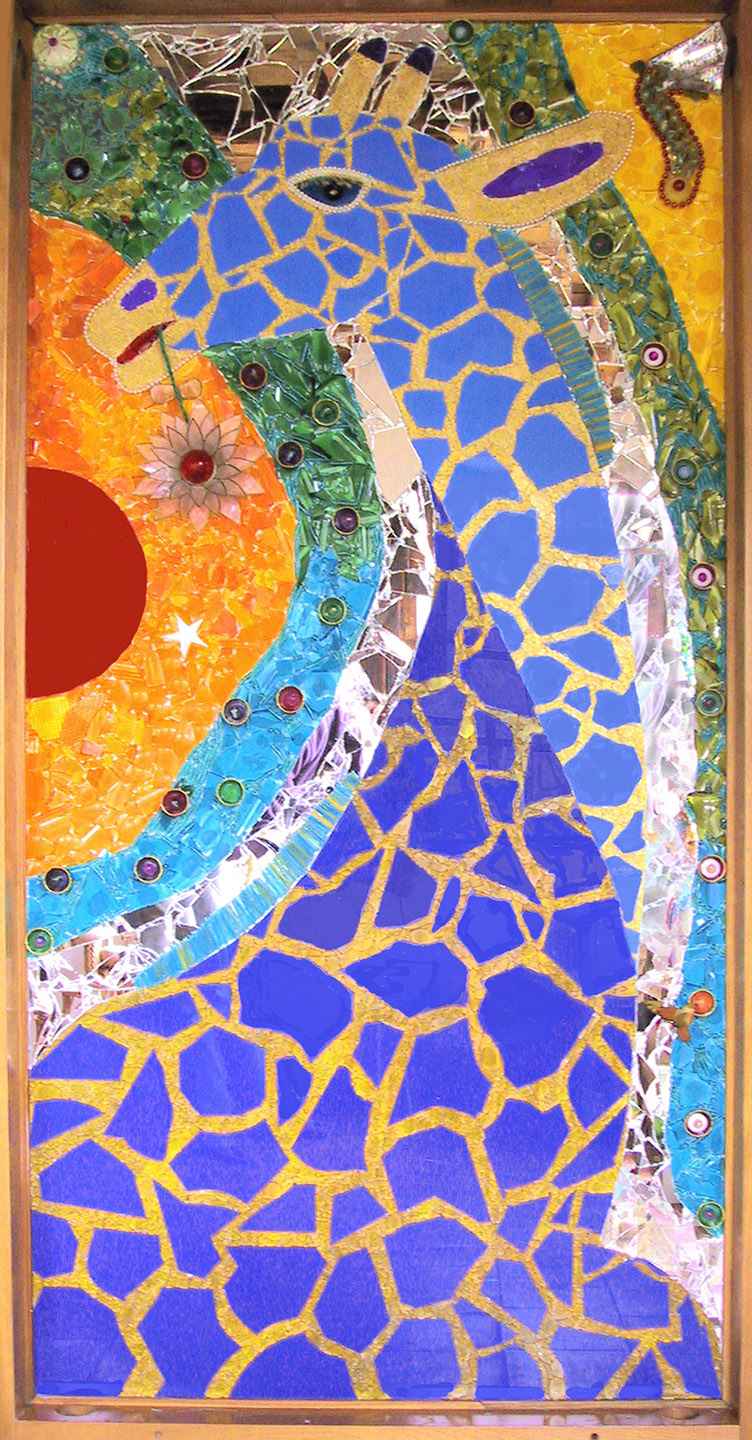 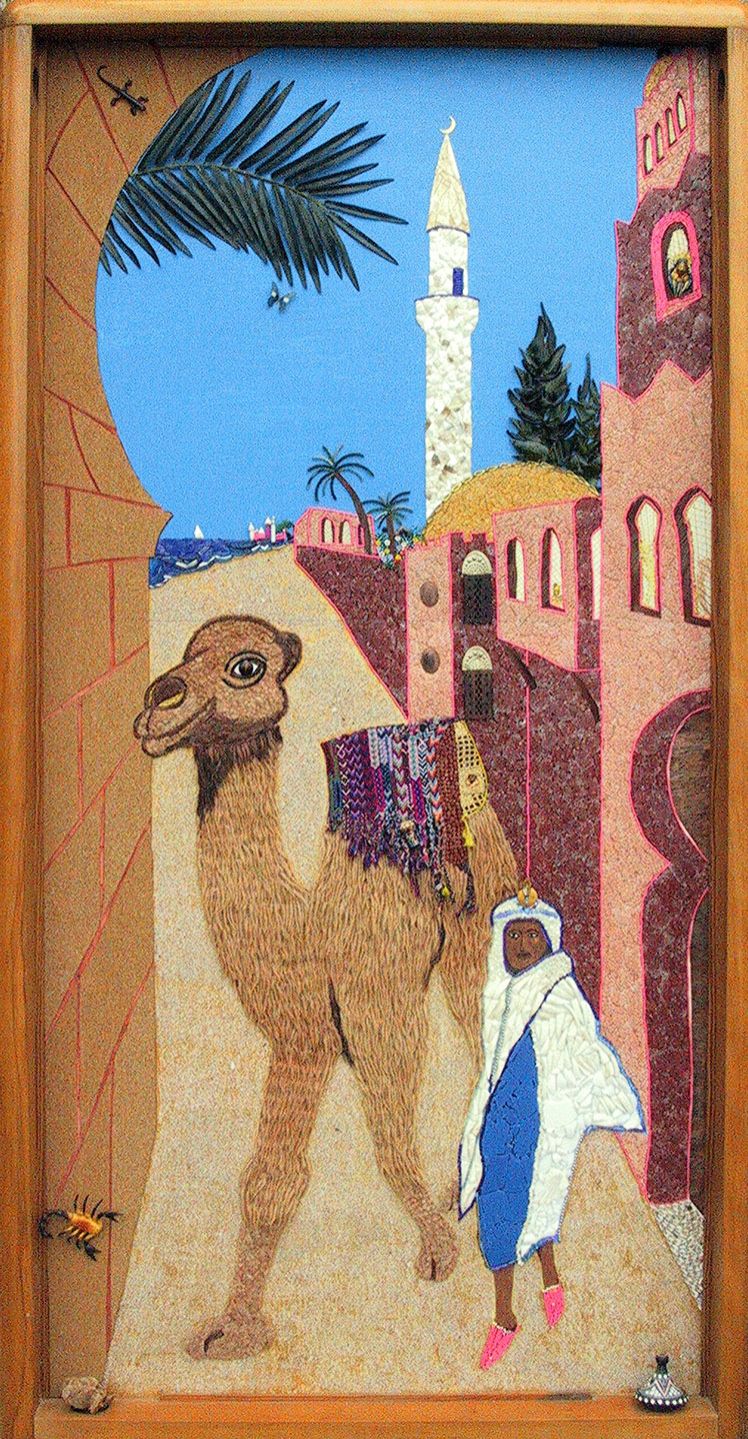 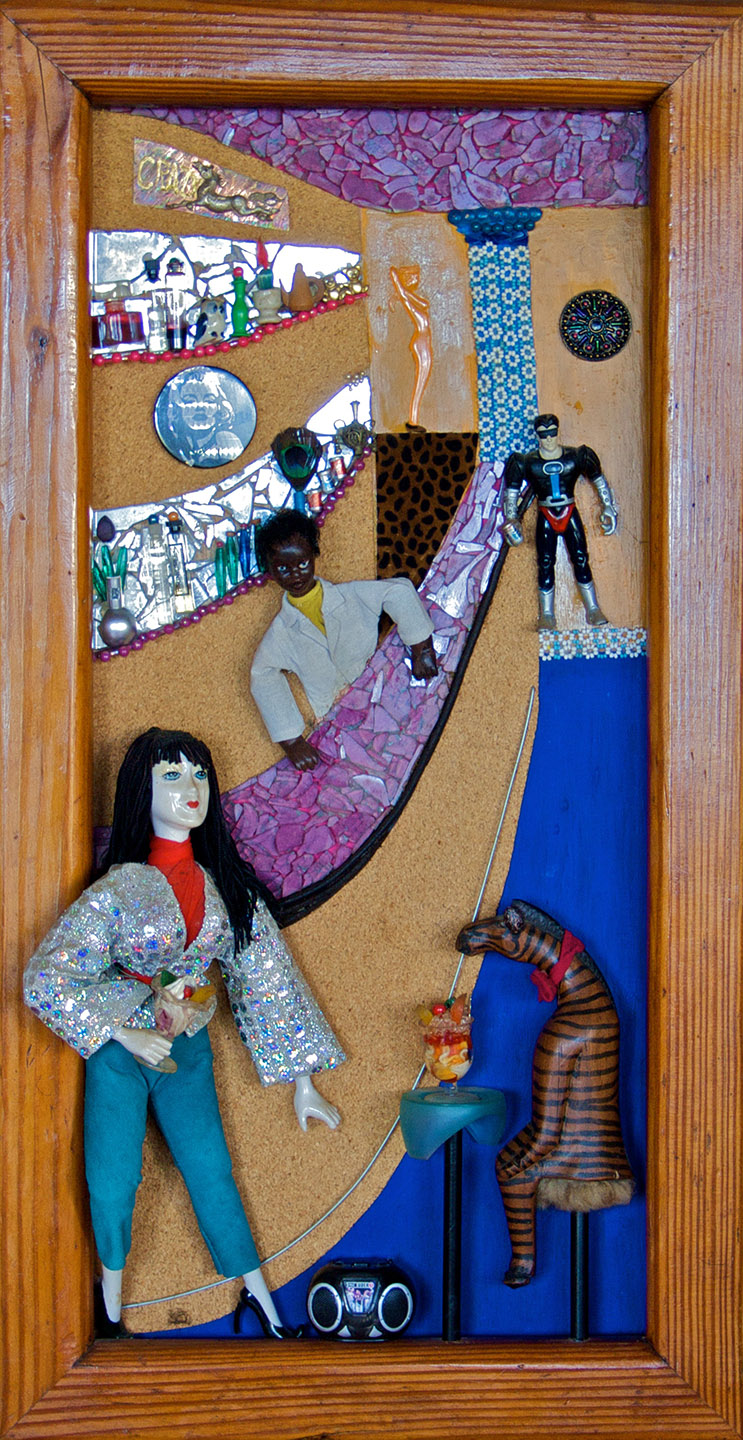 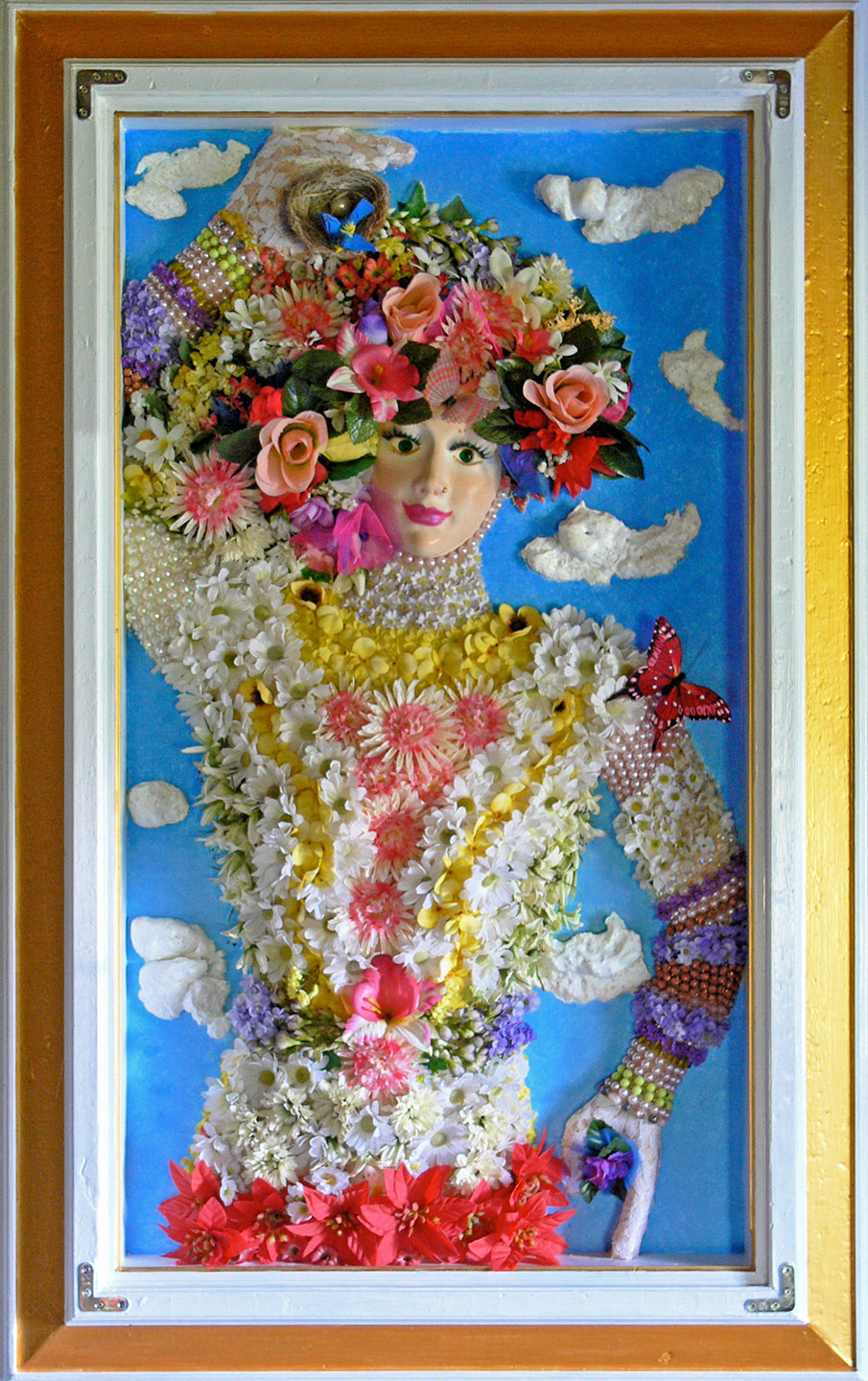 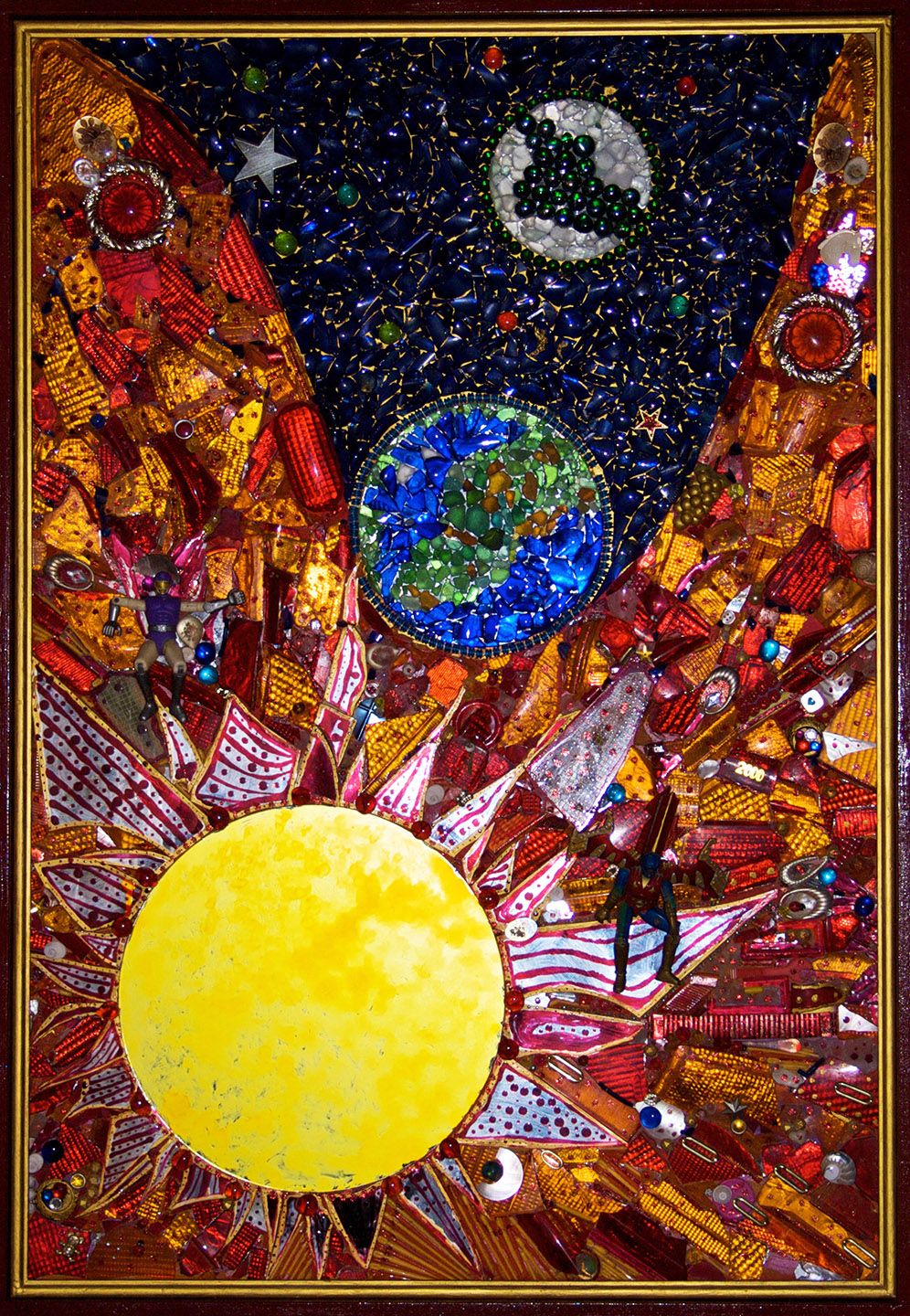 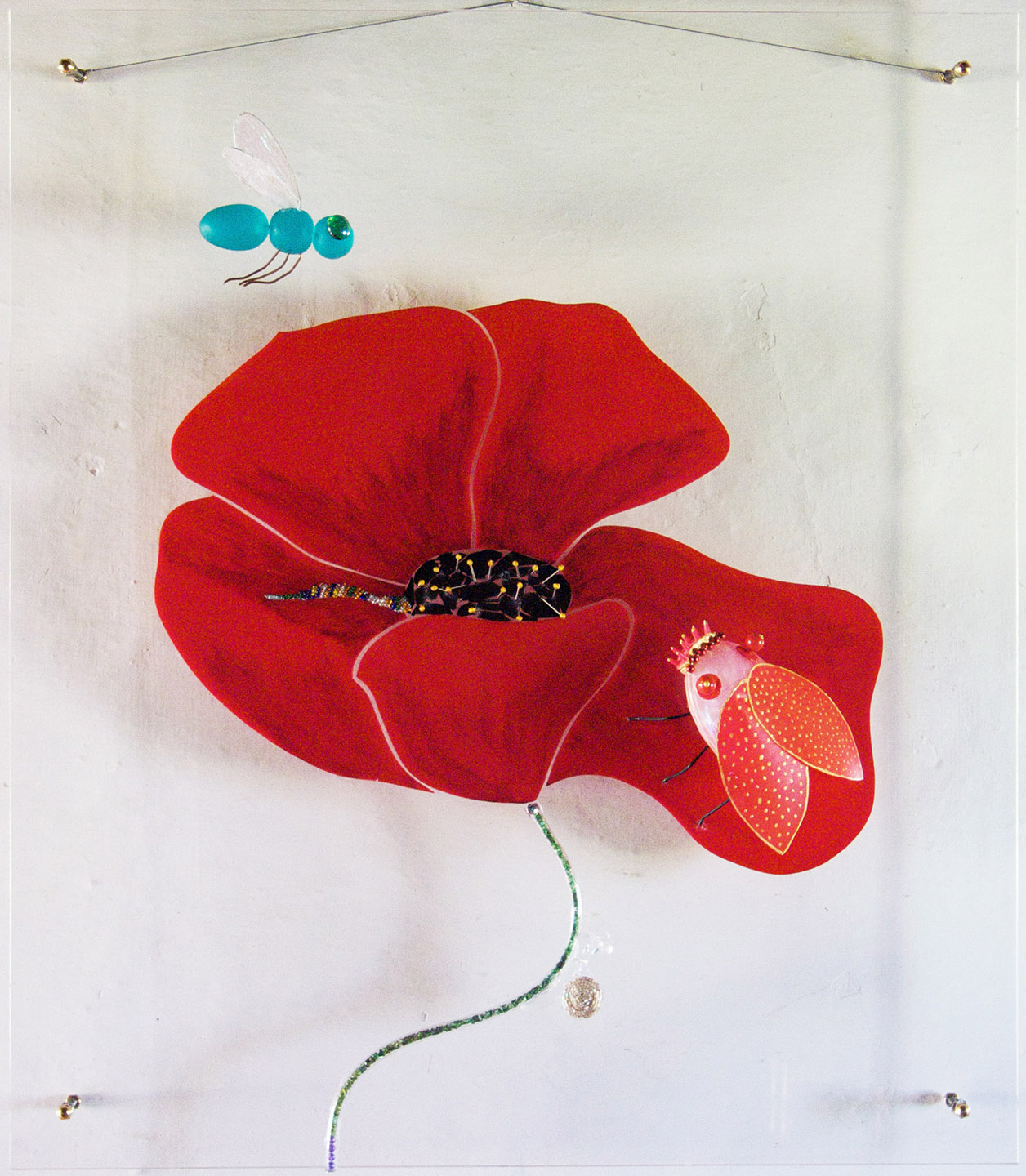 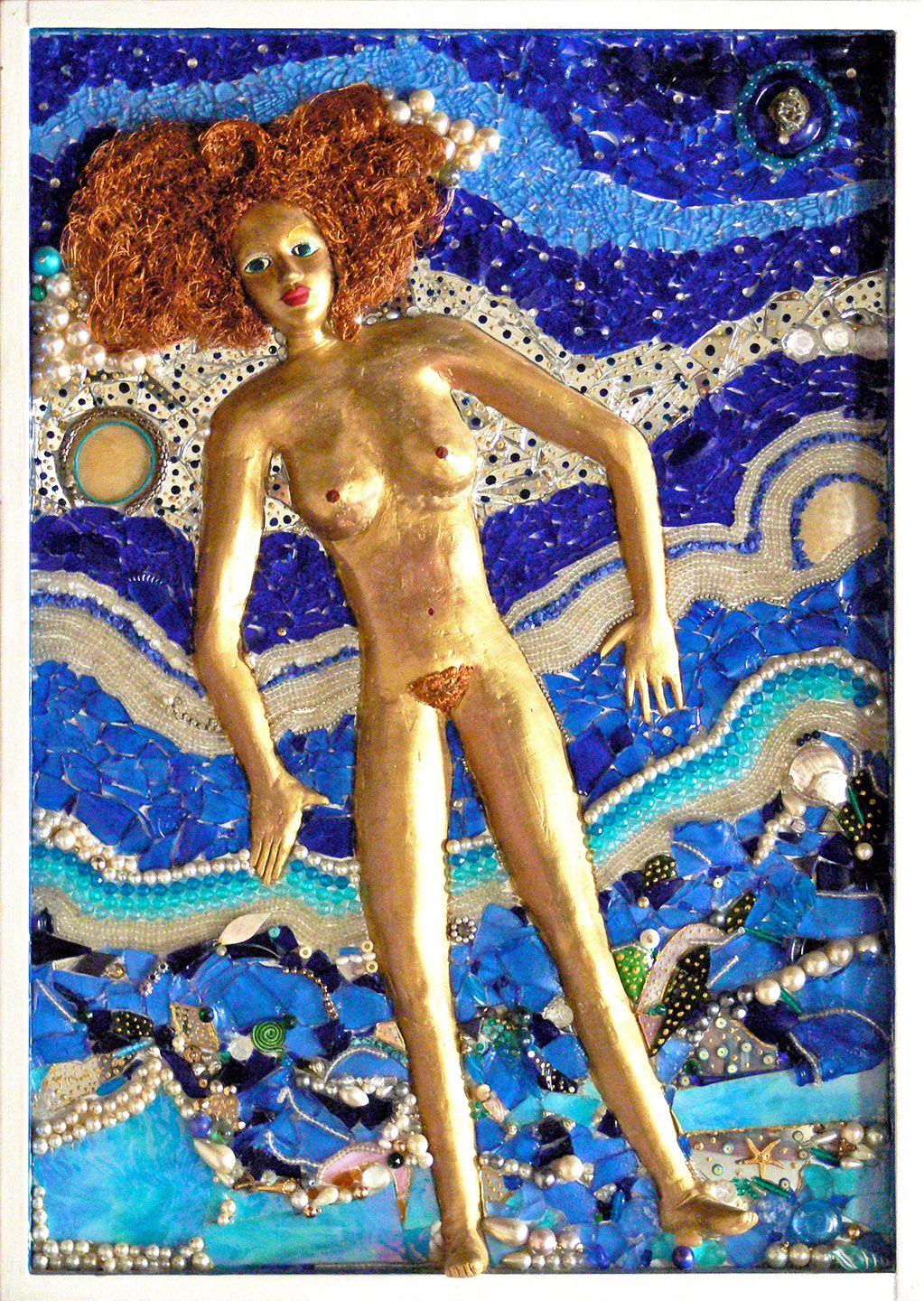 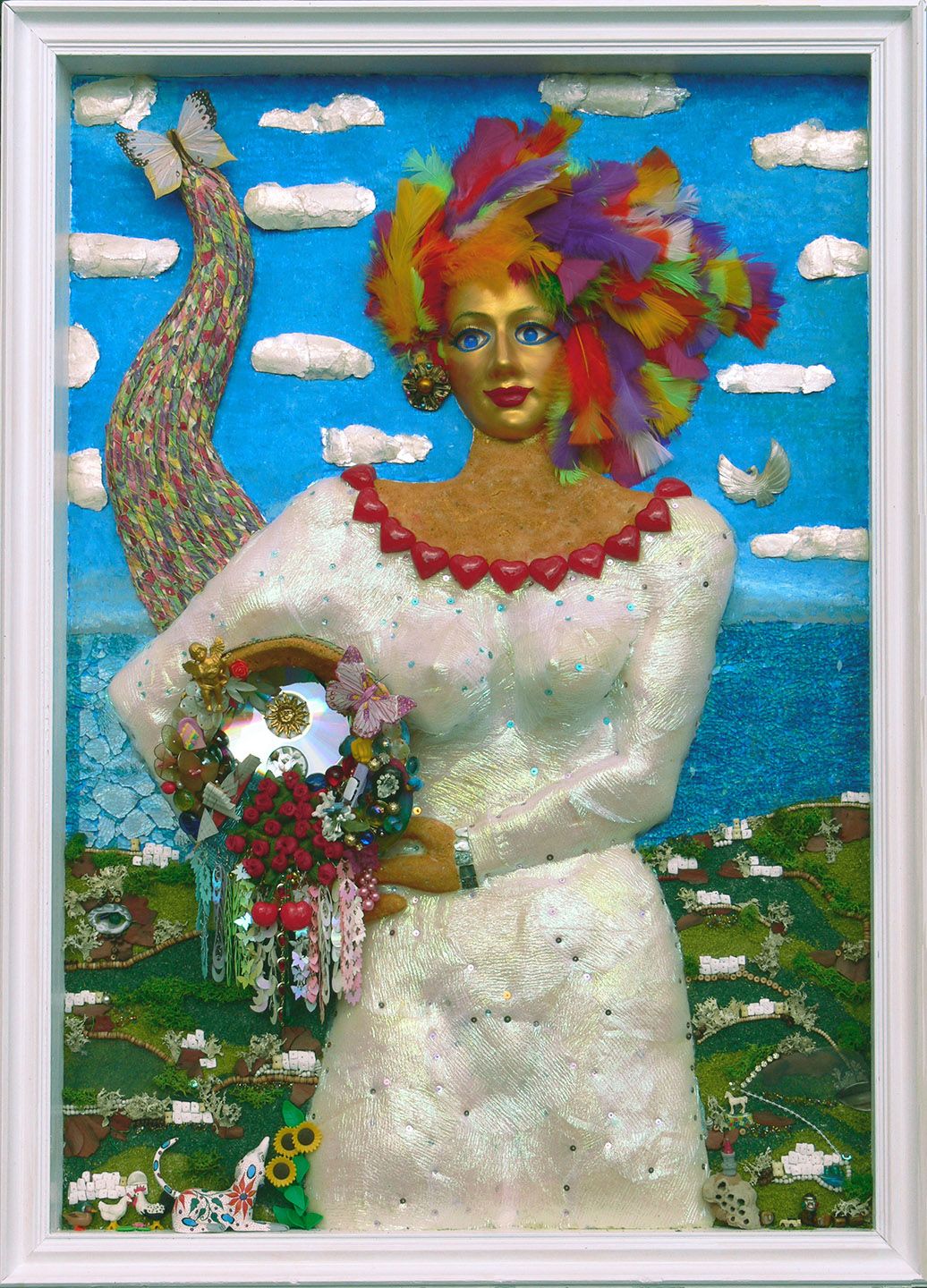 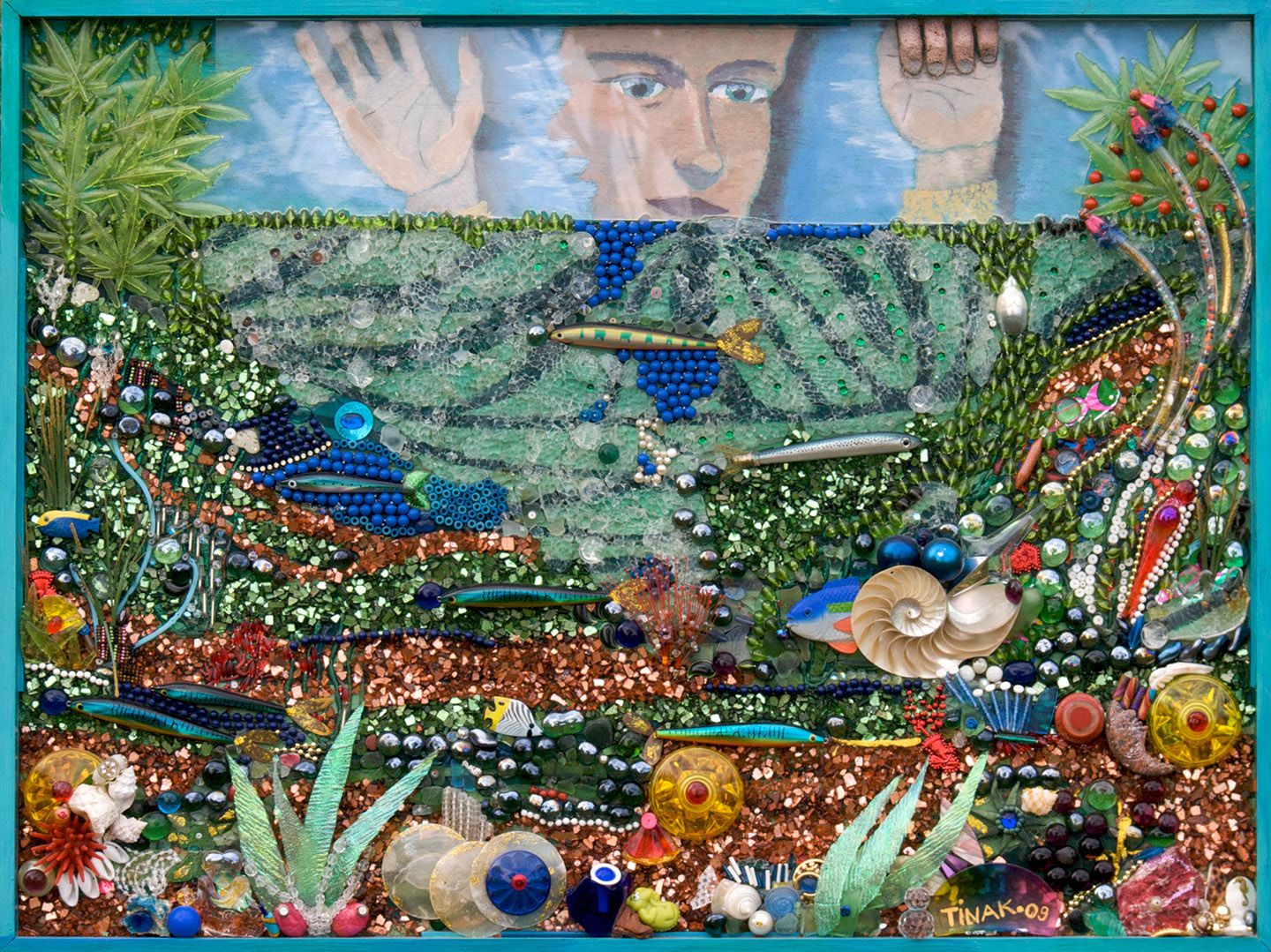 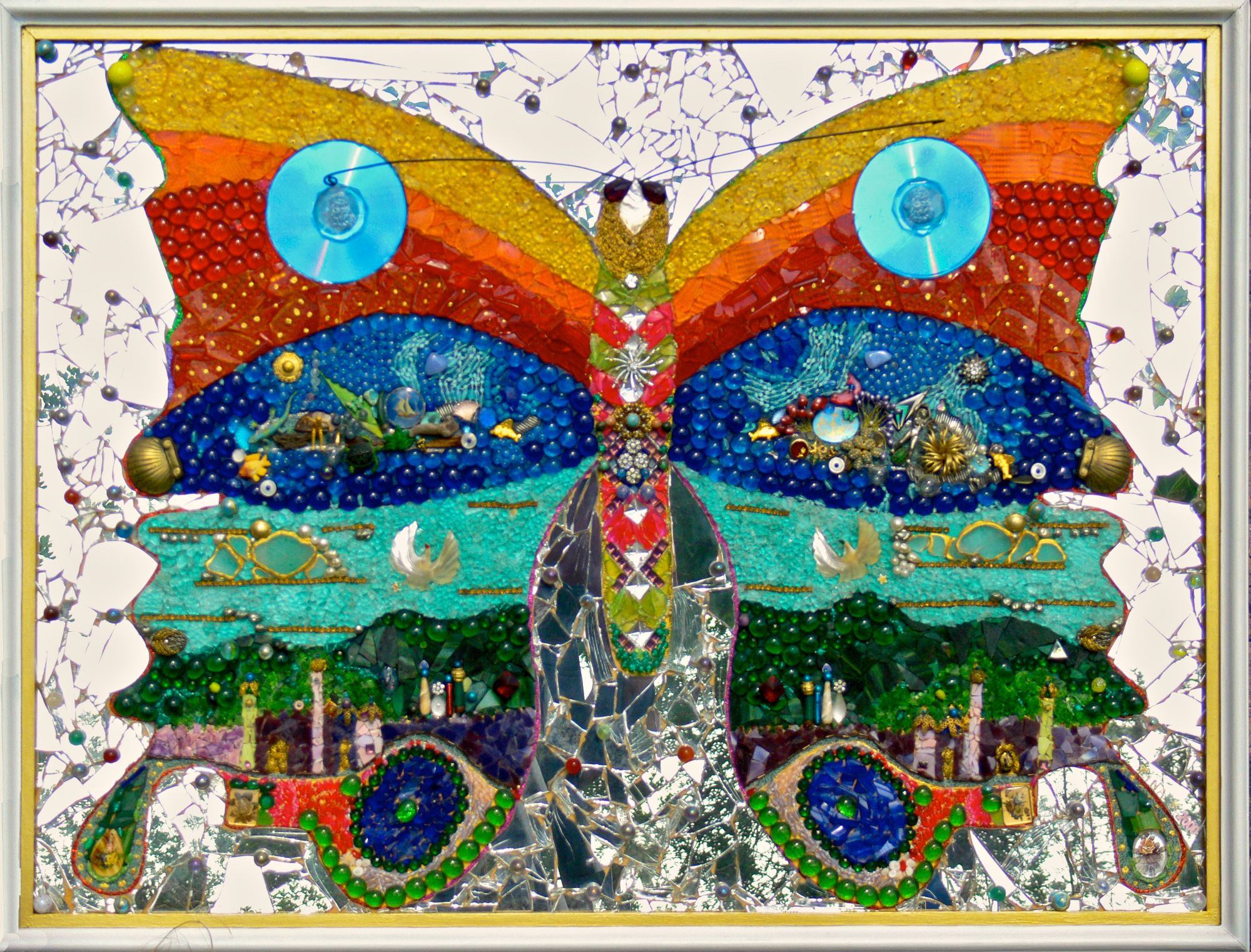 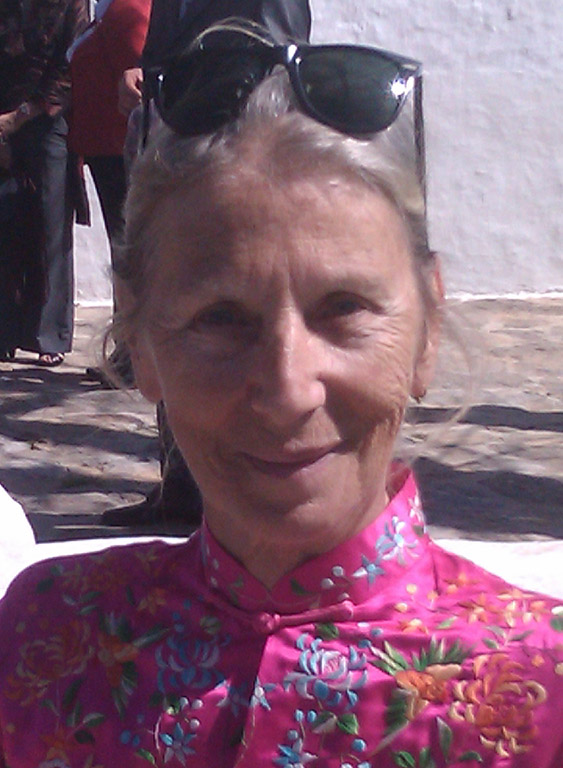 Born in Salzburg in 1944, she lived five years in Paris, one year in Tokio, and since 1975 has spent most of her time in Ibiza with occasional stays in Berlin.In the nineties she began to experiment with collage and developed her concept of „the Art of Recycling“: Collages in relief forming mosaics of found pieces, just as man and nature put them at her disposal.

Her dependence on found materials inspires a nonlinear process of creation, whose outcome remains unforseeable till the very last. Her selection of materials comprises mainly broken glass, ceramics, mother of pearl, wood, and synthetic materials, interspersed with precious gems or bizarre figurines which acquire a new and often ironic meaning in the different context.

• 1996, her first exhibition was presented by the Denholm Eliot Foundation in Can Bufi/ Sta. Eulalia, Ibiza

• 2000, she participated in the artfair ArtIbiza with five more artists of Galería El Pintor

• 2003–2014 she takes part in the initiative Ruta del Arte organized by the Art Club Ibiza which opens the doors of artist-studios for the public.

• in summer 2003–2007 she is present on the monthly open-air event Noche del Arte, organized by the ArtClub/Ibiza in the garden of Las Dalias/ San Carlos, Ibiza.

• in summer 2008-2012 she takes part in the monthly open-air event Domingo del Arte, organized by the Art Club in varying municipalities of Ibiza.

• July 2008 she takes part in the collective exhibition The Art of Recycling in the Rural hotel Atzaró, Ibiza. • June 2010 she has an individual show at Lounge Club Km5.